Alexander Hamilton and Thomas Jefferson wrote about the tyranny of the majority when our country was founded. What they didn’t foresee was the rigging of the system by a minority party.

Let’s run through a dream scenario for progressives in 2020 and beyond: Democrats soundly defeat Donald Trump, build up big Congressional

majorities and pass progressive legislation like Medicare for all, the Green New Deal, a federal minimum wage increase and tuition-free public universities.

Why? The Senate is structurally set up to give an inordinate amount of power to rural, red-state Republican voters.

That’s why we need to grant statehood to Washington DC and Puerto Rico. But more on those points later.

First, let’s run down a realistic, best-case scenario for the Democratic nominee on election night 2020: Let’s say the nominee wins the popular vote by a similar margin as Barack Obama in 2008 (about 7 percentage points), flips Michigan, Pennsylvania, and Wisconsin, and even takes a few reddish-purple states like Arizona, Iowa, North Carolina, and Ohio.  Plus the Democrats pad their house majority by flipping another 8-15 suburban house districts.

Well here’s the problem: the Senate.

Listen to the Podcast here.

Heading into 2020 Republicans hold a 53-47 majority.  And while the Senate map is certainly friendlier for Democrats than it was in 2018, it’s still going to be very tough to make substantial gains.

Let’s look at the 2020 Senate map and the seats Democrats could conceivably flip.  Democrats have three races I’d generously call toss-up to slightly leaning blue (Arizona, Colorado, and Maine), two where they’ll be underdogs but still have a somewhat realistic chance of winning (Iowa and North Carolina) and two that are pretty much long shots (Georgia and Kentucky).

So let’s say the Dems run the table in all seven of those Senate races and manage to hold Doug Jones’s Alabama Senate seat, where Jones is a substantial underdog.

That gives Democrats a 54-46 Senate majority under a best-case, dream scenario.  It’s far likelier a Democratic landslide produces only a 51-52 seat majority.

And to then pass progressive legislation you’re going to need votes from red-state moderate Democrats like Joe Manchin, Doug Jones, and Jon Tester. And we saw how that worked for Obama even when he had a filibuster-proof Senate majority.

The problem is the Senate gives a disproportionate amount power to rural states that often vote for conservative Republican Senators.

Of course, the immediate response you’ll get is the founders set this up intentionally where the Senate represents states, not people.  After all, they 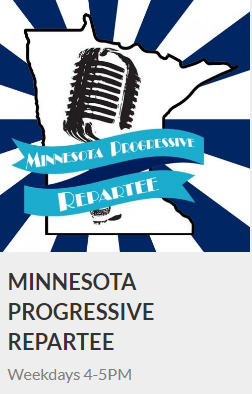 Catch up on a broadcast in our Podcast Library, Click Here.

were concerned about the tyranny of the majority.

But what if it’s the minority that gets too much power?

At the first census of 1790, the most populous state was Virginia.  It was roughly 12 times bigger than the smallest state, Delaware.  However today California has roughly 68 times more people than Wyoming. That’s a glaring disparity I’m not sure the founders foresaw.

Combine the Senate disparity with congressional gerrymandering and we’ve run into situations over the last 20 plus years where twice a Republican President was elected despite losing the popular vote (2000 and 2016) and once in 2012 where Republicans lost the House of Representatives national popular vote but still kept their house majority.

So how can a prospective Democratic President fight back?

Realistically we could start by making a serious push for Washington DC and Puerto Rico statehood, two potential states that would likely elect two Democratic Senators.

DC has an especially good case being that residents essentially face taxation without representation.  DC has long sought statehood for decades but it’s only been until the last few years that Democrats have made a more serious push.  One idea includes a creative proposal from Bernie Sanders that would shrink the District of Columbia to the immediate area around the Mall (including Capitol Hill, the White House, and the monuments) and out of the rest create the state of Washington, Douglass Commonwealth.

Puerto Rico is a tougher case to make due to their debt crisis, but seeing a serious push for at least DC statehood would be a good start for the Democratic nominee.

We could also get really creative with some ideas, including making what I call an “indigenous peoples” state in each state.

For instance, in Minnesota, we could have all the Native American reservations in the state combine to form an “indigenous people’s Minnesota,” which would be a new, separate state created out of Minnesota.  With the mistreatment and broken treaties done to Native Americans by the US government, it would be a start to give our Native American population their own representation, and more importantly, extra federal funding that comes with statehood.

But if Republicans aren’t going to play by the rules with racial gerrymandering, Mitch McConnell promising to confirm a Trump Supreme Court nominee in an election year, voter suppression and the citizenship census question, then it’s time for Democrats to fight fire with fire.

And creating a new state out of an existing state is easier than you might think.  It appears you only need a simple majority in both houses of Congress and the local state legislature.

While it’s highly unlikely we’d ever see a slew of new states that lean Democrat created under a new Democratic President after 2020, let’s at least get the ideas into the national conversation.  Maybe after being in the mainstream for a few years, some of these ideas might actually happen (especially DC statehood).  It’s our best chance to finally fight back against the tyranny of the minority.