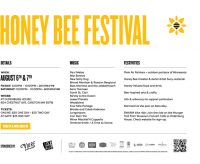 We had a great conversation with many of the players that are involved with the Honeybee Festival taking place at the Oldenburg House in Carlton, MN on August 6-7, 2021. We started with Scott Lillo who is on the Board of Directors for the OACC.org (Oldenburg Arts Community and Conservation.) We also spoke with Jeff Tibbets, President of the NE MN Beekeepers Association. We also spoke with representatives of two the sponsors, Eric Welke from Bent Paddle Brewery, and EmilyVikre of Vikre Distillery (Eric and Emily are at the forefront of craft beers and organic botanical lliquors in the Twin Ports) and finally musician Chazz Wagner whose band War Bonnet will be performing at the event. This two day event features a group bike ride called the Swarm that will be ffun as well. These Carlton County folks know how to throw down! 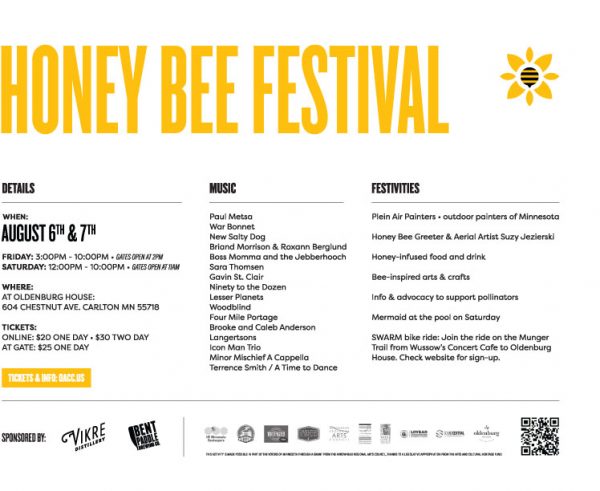