We had a most delightful chat with Rev. Guy Drake, one half of the legendary Twin Cities duo Johnson and Drake. They have recently rediscovered, and are releasing, several of the records they recorded 50 years ago! Besides recording, they performed in concert with some of the top names in the business including Jim Croce, Earth, Wind, and Fire, REO Speedwagon, Linda Ronstadt, and Dr. Hook and the Medicine Show. They performed with some of the top studio players in town including Jimmy Johnson (bass) who went on to play with James Taylor, and Bill Berg, who played on Bob Dylan’s Blood on the Tracks. It’s a really fun conversation and four songs of their record were featured. For more info go to www.johnsonanddrake.com 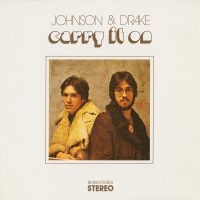