We had a fascinating conversation with investigative reporter John Ramos about the mysterious “Mr. O” who, among other things, has been advising the Mayor of Two Harbors, MN about building a 400 million dollar underwater hotel. “Mr. O” runs a podcast and claims to be a Billionaire with 48 businesses, and 150 square acres of oceanfront property. Mr. Ramos followed up on the story that originally ran in the Duluth News Tribune. After strenuous research, he found out the background and identity of “Mr. O” and found out he was a convict who has done time in prison, and a notorious conman. This story is NBC Dateline territory, but you can hear the whole story here. Mr. Ramos publishes his stories in the Duluth Monitor online and on Facebook. He does great work! 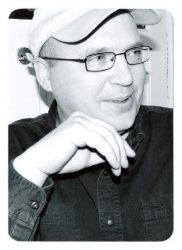