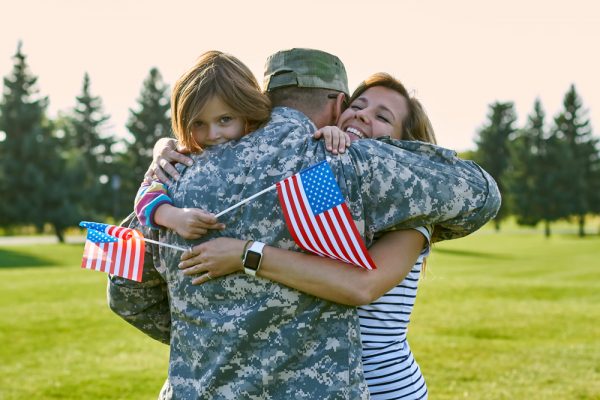 With the 4th of July still fresh on our minds, thank a vet for their service this month.

Summary: Showing support for the Armed Forces means NOT throwing them unnecessarily into harm’s way.

With the usual crazy level of political news from Washington, you probably missed a lesser story with a major impact.  Republicans in the Senate refused to allow a bill calling for Trump to get authority from Congress before declaring war on Iran to come up for a vote.  By doing so, they’ve allowed one man, a narcissist man-child with the intelligence of a 5th grader and palatable desperation for a second term which will drive him to attempt anything to win, the ability to commit tens of thousands of US soldiers to death on his whim.

OF COURSE, the Republicans would be demanding a Democratic President consult with them before any military action would be considered, screaming how due diligence and oversight are important to ensure one person doesn’t get the US into a horrific and unnecessary war.  But Trump? Their loyalty to their party is overriding their sanity.

And you should all know that Iran will not be a military battle like Iraq was.  Iraq fell to US forces in a few weeks (it was the lack of comprehensive post-war occupational plan which got us into trouble in Iraq).  Iran is better prepared, better trained, with a larger military, and they’ve been planning for a US invasion for decades.  If we lost 4500 troops in Iraq, anticipate 50,000 or more in Iran.  Instead of Iraq’s 32,000 wounded in action, anticipate 120,000, conservatively.

Then again, Trump could nuke them.  With one guy making the decision, the decision has the potential of being pretty horrible.

Listen Now to All of Matt McNeil’s Podcasts

This is another war we don’t need to fight.  We don’t!  It’s completely unnecessary.  We actually had Iran cooperating with the international community until Trump blew up the peace deal.  War with Iran is being fueled by warmongers in the US government, who’ve wanted to go after Iran since 1979, as well as pro-Israeli elements of our country who feel attacking Iran will somehow make us a better ally, make Evangelicals more divine, and make Netanyahu Trump’s BFF 4-evah!  For the record, Netanyahu wants the US to fight this war because he knows how much blood it will cost. He’d love to have the US do all the dirty work, just so he could walk over all the dead US soldiers and plant the Israeli flag in the heart of Tehran as he screams “I won!”

Sending the US military into unnecessary wars is the most anti-soldier thing you can do.  The US’ fighting forces are the best trained, best equipped and bravest military of the planet.  They charge hard into battle when told to fight.  That’s why it’s important the people who are deciding where these men and women fight are making honest decisions on when to do so, decisions which have to deal directly with US safety.  We don’t go back and revisit every negative international crisis we’ve experienced with battleships, tanks, and bombs.  And while we should act if an ally is attacked, we’re not supposed to be our ally’s ‘tough guy’ enforcers.

I used to occasionally vote Republican.  Then they sent the US Armed Forces into Iraq behind the mountain of lies Dick Cheney and the W. 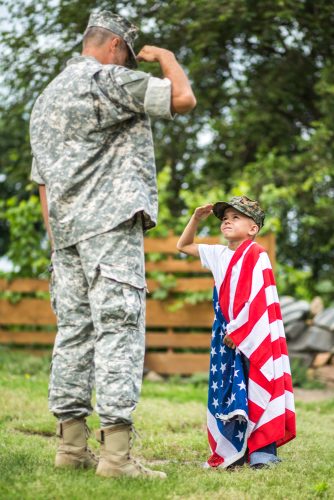 Administration pushed to validate their quest to steal Iraq’s oil for the US oil industry.  Never again.  If you want to “support the Troops,’ then start by not putting their lives on the line just to appease a fragile president’s ego.

One final note.  Lately, there have been a few cases where some Democrats have made the mistake of venting at our fighting forces for the decisions of our political leaders.  As a veteran and a Democrat, let me state clearly; knock it off!  Disagree with the policy, but never take out your frustration with the White House on the men and women who proudly serve this country, regardless of whoever is in the office.

With the 4th of July recently past, this month I’d like to encourage you to thank a veteran; visit one, say thank you, or donate to a veteran’s group.  You can also visit a military cemetery and witness the sacrifice that’s been made for all Americans today.  Let us hope Trump doesn’t create too many more tombstones with this insatiable desire to stay in office.