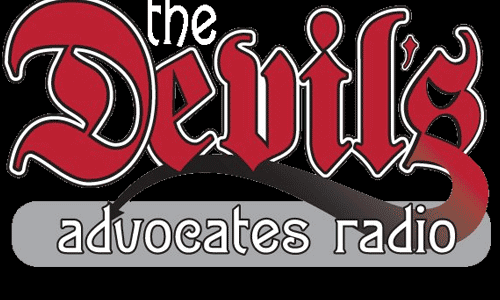 Mike grew up in Madison WI, the son of a dynamic, liberal mother; who acted as an unpaid lobbyist for the State of Wisconsin foster parent association. Mike created a live call-in show for cable, worked for ABC-WXOW during and after graduating from UW-Lacrosse. Mike found his progressive voice and reactivated his passion for broadcasting by joining close friend Dominic Salvia in their weekly production of the “The Devil’s Advocates.”

Dominic grew up in the Wisconsin country side before atttending UW-LaCrosse where he received his BS in Marketing. During college he met Mike Crute and started to engage in the political and philolophical conversations that have continued over the past 20 years. A self described social liberal and fiscal conservative, Dominic has been at odds with many tenets of the two main political parties and has gravitated toward the Libertarian philosophy.

Listen to the Devils Advocates Radio podcast on their website